At 12:51 p.m. local time on Feb. 22, 2011, New Zealand's South Island was rocked by a powerful magnitude 6.3 earthquake. Cantered near Christchurch, the largest city on South Island with a population of about 377,000, the quake is the worst natural disaster to hit that nation in 80 years. According to the Associated Press, at least 76 people have been killed and more than 230 people are still missing. Damage estimates currently stand at up to $12 billion. The earthquake was centred in Lyttelton, just 10 kilometres (6.2 miles) southeast of Christchurch, at a shallow depth of just 5 kilometres (3.1 miles). It is considered to be part of the aftershock sequence of the much larger magnitude 7.0 earthquake of Sept. 4, 2010, which was centred 45 kilometres (30 miles) west of Christchurch. That quake, while larger, resulted in injuries and damage but no fatalities. According to the U.S. Geological Survey, the Feb. 22 quake involved faulting at the eastern edge of the aftershock zone from the Sept. 2010 event. 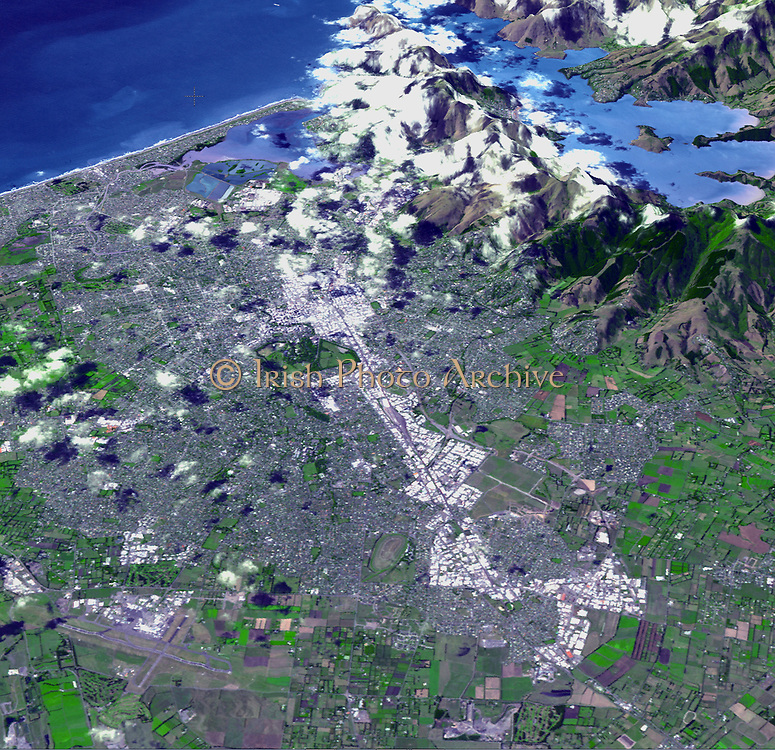