One of the Medici lions displayed at the Loggia dei Lanzi, Florence, Italy. One of two marble lion sculptures originally placed around at the Villa Medici (circa 1600 AD) and displayed at the Loggia dei Lanzi since 1789. The sculpture depicts a standing male lion looking to the side, with a sphere under his paw. The first lion originates from the 2nd century BC. It was a relief that was reworked by Giovanni di Scherano Fancelli in 1598. The second was made sometime between 1570 and 1598 by Flaminio Vacca as a pendant to the first. 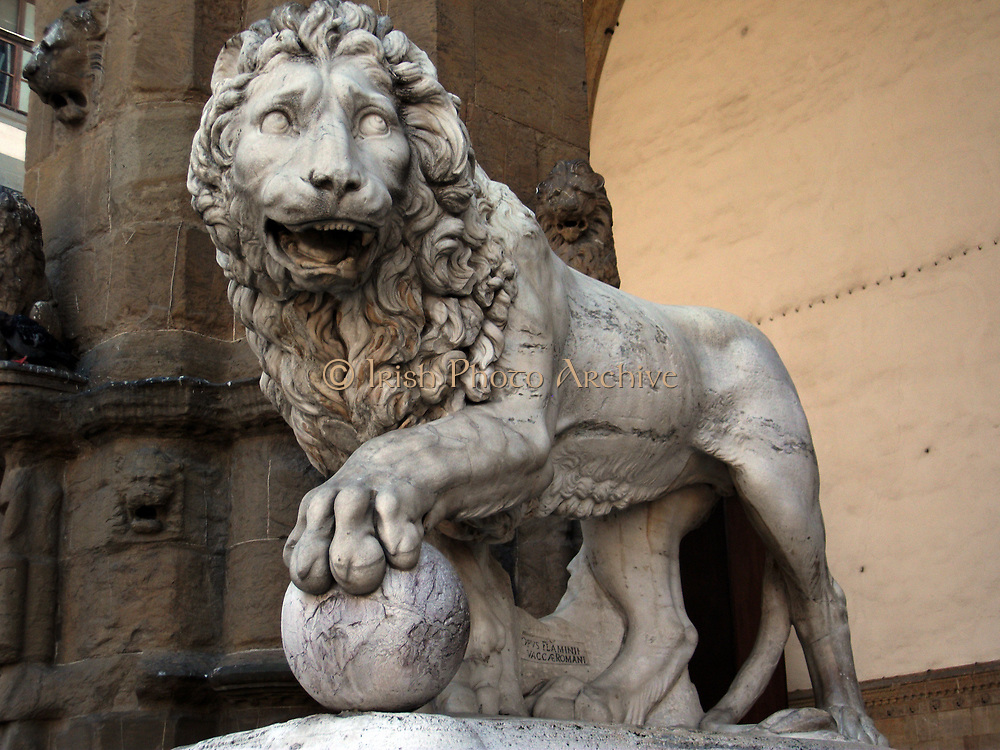