(Detail) architectural feature on the facade of the Doge's Palace in Venice, Italy. The palace was the residence of the Doge of Venice, the supreme authority of the Republic of Venice. Its two most visible façades look towards the Venetian Lagoon and St. Mark's Square, or rather the Piazzetta. The use of arcading in the lower stories produces an interesting 'gravity-defying' effect. There is also effective use of colour contrasts. largely constructed from 1309 to 1424, designed perhaps by Filippo Calendario. It replaced earlier fortified buildings of which relatively little is known. Giovanni and Bartolomeo Bon created the Porta della Carta in 1442, a monumental late-gothic gate on the Piazzetta side of the palace. This gate leads to a central courtyard. The palace was badly damaged by a fire on December 20, 1577. 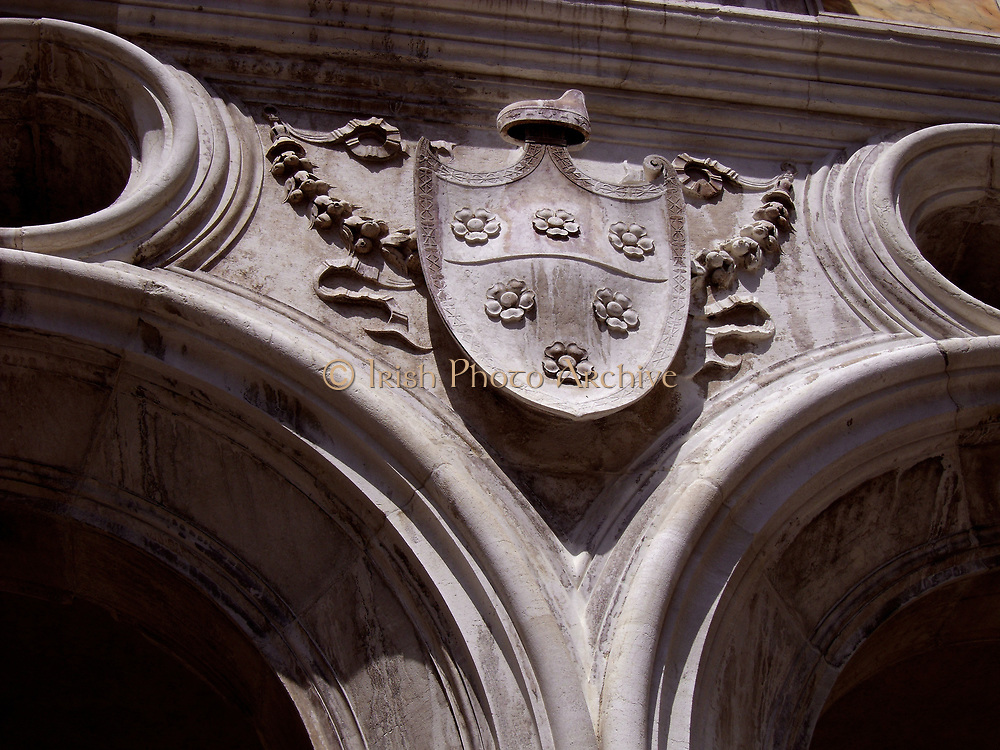