Reinhard Heydrich (1904–1942) SS-Obergruppenführer, chief of the Reich Security Main Office (including the Gestapo, SD and Nazi police agencies) and Reichsprotektor (Reich Protector) of Bohemia and Moravia. Heydrich chaired the 1942 Wannsee conference, which finalized plans for the extermination of all European Jews in what is now referred to as the Holocaust. Heydrich was wounded in an assassination attempt in Prague on 27 May 1942 and died over a week later from complications arising from his injuries. 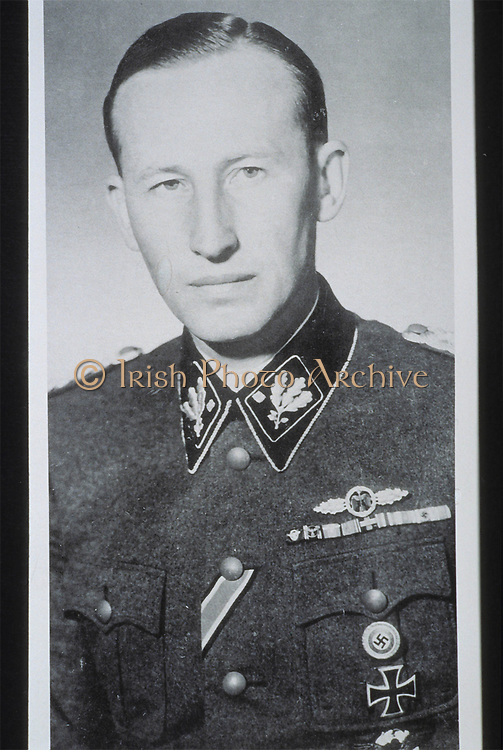