The Erechteon is an ancient Greek temple on the north side of the Acropolis of Athens in Greece. The temple was built between 421 and 405 BC. Its architect may have been Mnesicles, and it derived its name from a shrine dedicated to the legendary Greek hero Erichthonius. The sculptor and mason of the structure was Phidias, who was employed by Pericles to build both the Erechtheum and the Parthenon. It is believed to have been a replacement for the Peisistratid temple of Athena Polias destroyed by the Persians in 480 BC. The Porch of the Caryatids On the south side, there is another large porch with columns, and on the south, the famous 'Porch of the Maidens', with six draped female figures (caryatids) as supporting columns. 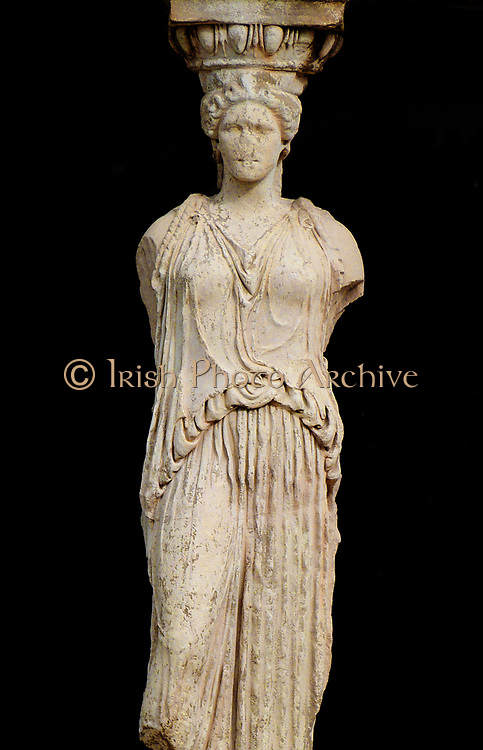