Death of Thersandros, the son of Polynices and Argeia was, in Greek mythology, king of Thebes. Pergamum Altar in the Pergamum Museum in Berlin. It is a monumental construction built during the reign of King Eumenes 11 in the first half of the 2nd century BC on one of the terraces of the acropolis of the ancient city of Pergamum in Asia Minor. It is 35.64 meters wide and 33.4 meters deep. The front stairway is almost 20 meters wide. The base is decorated with a frieze in high relief showing the battle between the Giants and Olympian gods known as the Gigantomachy. In 1878 the German engineer Carl Human began official excavations on the acropolis of Pergamum. The excavation was undertaken in order to rescue the altar friezes and expose the foundation of the edifice. Later, other ancient structures on the acropolis were brought to light. 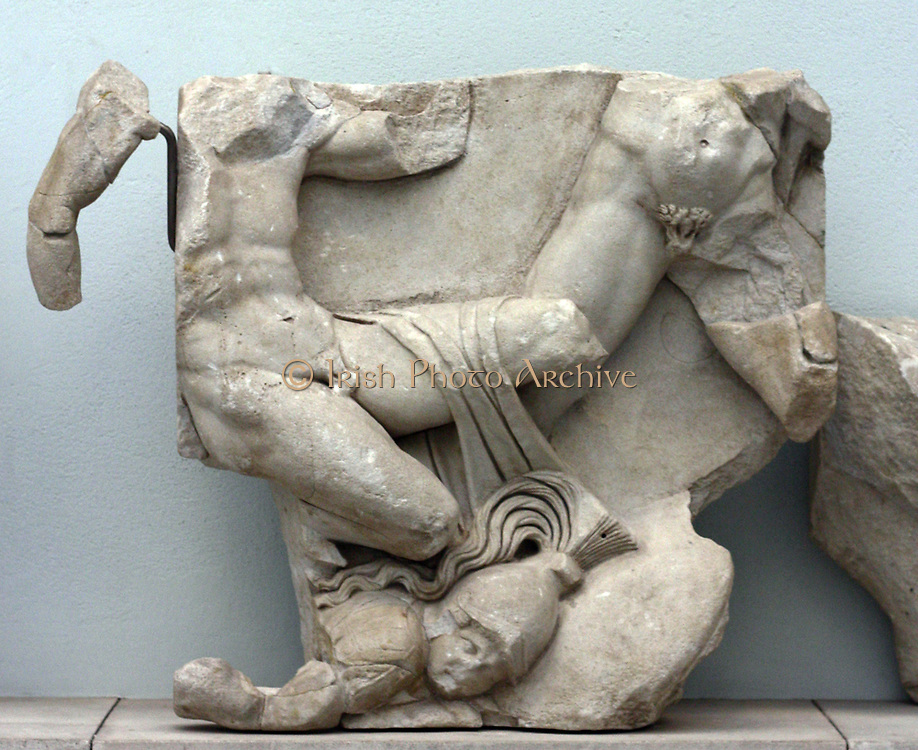