Flooding at the North Strand, Dublin.8-12/12/1954..From The Irish Times - December 12 2005..SEVERE storms during this week in 1954 brought some of the worst flooding ever seen on the streets of Dublin. Many areas of the city suffered. The north inner city was particularly badly hit..December 7 and 8, 1954, were described in the Irish Press as "the worst day following the worst night in memory". Not surprising, since this was one of the worst storms to hit Dublin in the 20th century...On the night of December 7, Ireland was battered by gale-force winds, blizzards, heavy rain and sleet, bringing much of the country to a standstill. Dublin's road and rail network were closed, and air traffic at Dublin airport was grounded by 60mph winds...VENICE..The North Strand was under so much water that the Dublin Evening Mail described it as being "more like Venice than Dublin". The Strand Cinema was flooded, and the nearby Cusack's Bar was under six feet of water...One local resident - 70-year-old Mrs Bridget O'Brien, who lived at 5 St Brigid's Cottages off the North Strand Road - was trapped in her home by the rising waters and died...The most serious incident in the area occurred at East Wall Road where the GNR metal railway bridge collapsed and fell into the Tolka. Army engineers dynamited the mouth of the river in a bid to clear it of debris from the fallen railway bridge...Hundreds of evacuees were given temporary accommodation in a shelter run by the Saint John's Ambulance at North Strand. Others rendered homeless by the floods were given food and shelter at the Sisters of Charity convent in North William Street...Author Benedict Kiely was a first-hand witness to the devastation caused by the floods at Drumcondra and he described the water rushing past Lemon's sweet factory on the Tolka as an "Andean Flood"...Cottage-dwellers living beside the river erected a statue of the Madonna in front of their flooded houses and christened her Our Lady of the Floods...One Fairview wom 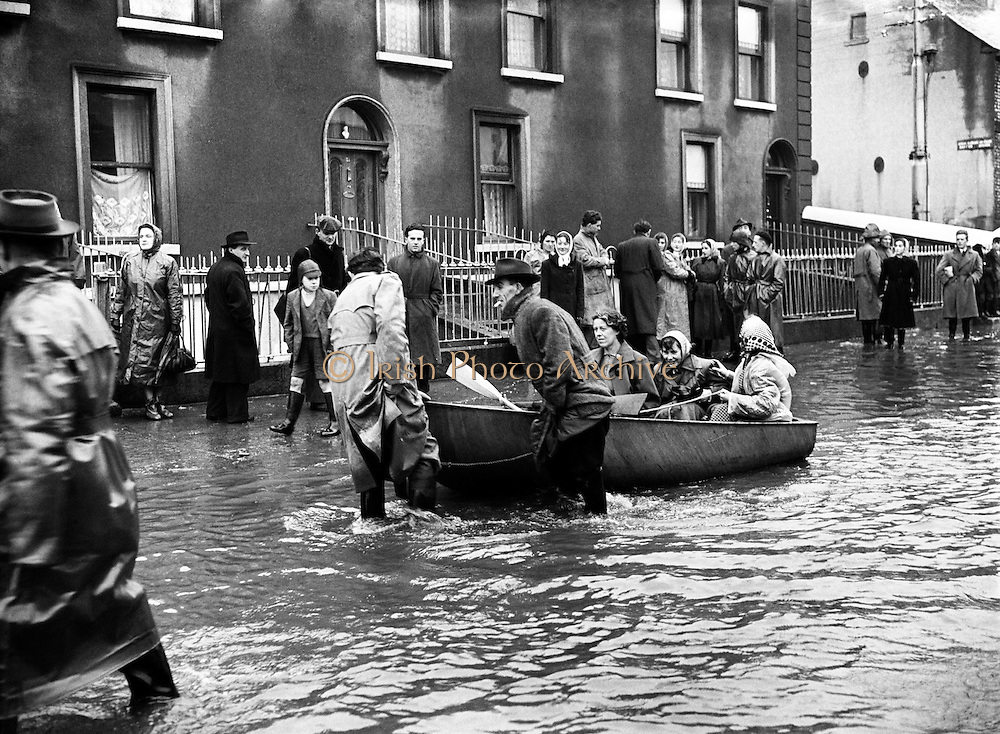