The Peasants' Revolt of 1381 in England began in Brentwood, Essex as a protest at the collection of poll tax and reached a climax at Smithfield, London. Richard II (1367-1800) met the Kentish peasants who, under Watt Tyler (d1381), were demanding the end of serfdom. During the meeting William Walworth (d1385) Lord Mayor of London, wounded Wat Tyler who was taken to St Bartholomew's Hospital but was later dragged out of the hospital and beheaded. Walworth threatening Tyler. 19th century engraving. 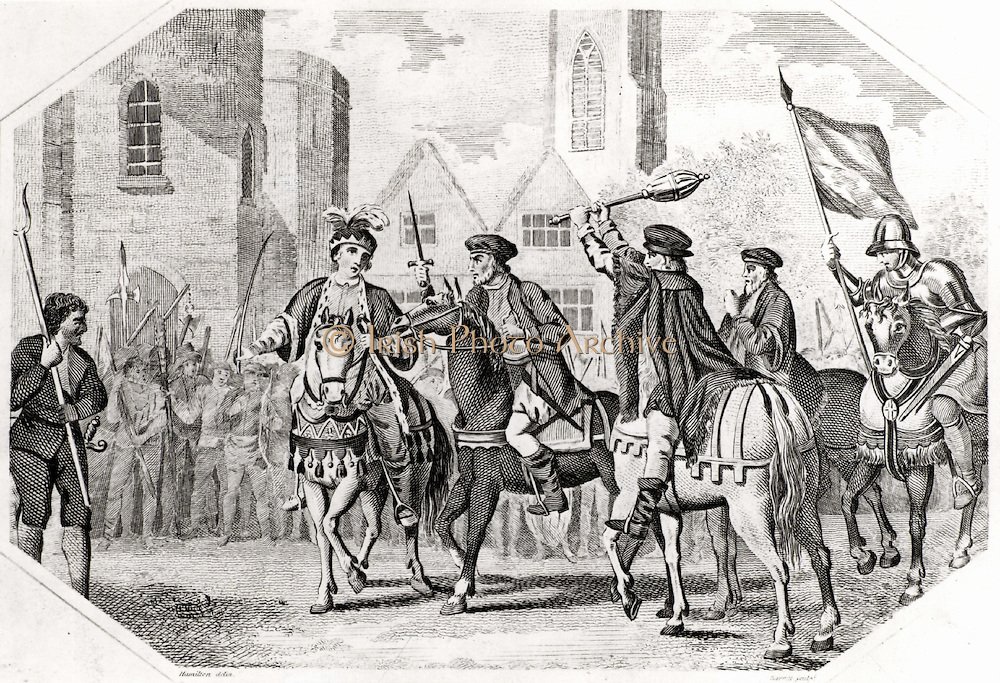