The Tiede Herrema Siege. (J83)..1975..21.10.1975..10.21.1975..21st October 1975..On Oct 3rd 1975 the Managing Director,Dr Tiede Herrema,of Ferenka, a Dutch owned firm in Limerick was kidnapped at gunpoint. Thus started a manhunt involving all of the state's security forces..For eighteen days they searched for Dr Herrema culminating in a tip off which stated that he was being held at 1410 St Evins Estate, Monasterevin, Co Kildare. The Garda 'Special Branch' tried to enter the house but when shots were fired they withdrew. This action saw what was the start of a siege which was to last a further eighteen days. The kidnappers barricaded themselves into an upstairs room and threatened to kill Mr Herrema. The original ransom demand was that three republican prisoners in Irish prisons be released. They were Kevin Mallon,Jim Hyland and Rose Dugdale..The leader of the kidnap gang, Eddie Gallagher,had been romantically linked with Rose Dugdale and they had a child together. Now with his current girlfriend and accessory Marian Coyle they settled into the siege..Image shows uniformed and special branch officers of An Garda Siocana beginning to seal off the area.. 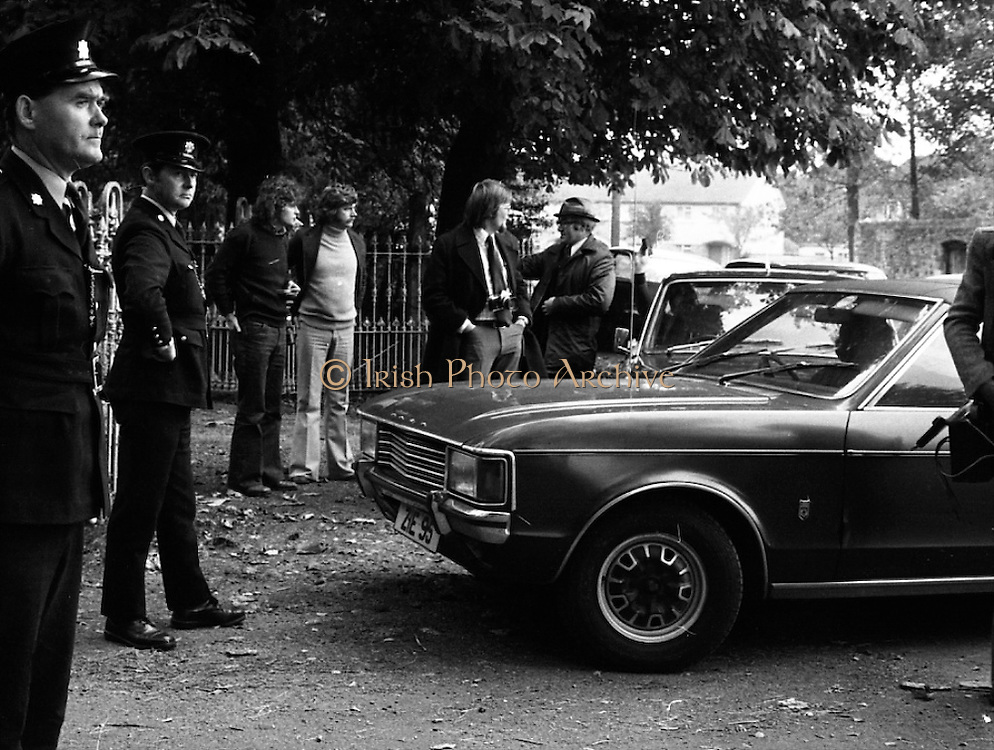