Places where the earth's crust has formed deep fissures and the plates have begun to move apart develop rift structures in which elongate blocks have subsided relative to the blocks on either side. The East African Rift is a world-famous example of such rifting. It is characterized by 1) topographic deep valleys in the rift zone, 2) sheer escarpments along the faulted walls of the rift zone, 3) a chain of lakes within the rift, most of the lakes highly saline due to evaporation in the hot temperatures characteristic of climates near the equator, 4) voluminous amounts of volcanic rocks that have flowed from faults along the sides of the rift, and 5) volcanic cones where magma flow was most intense. This example in Kenya displays most of these features near Lake Begoria. 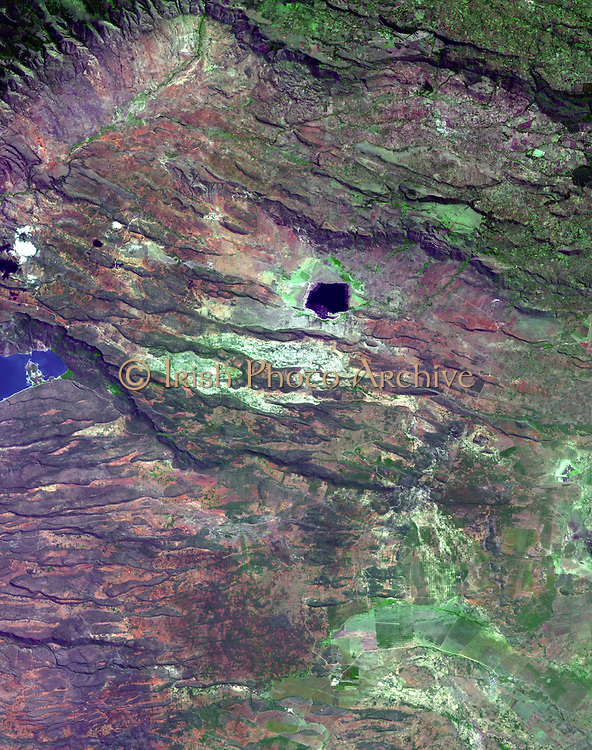