Lieutenant General George Brown (1790-1865), British soldier. Fought in the Peninsular campaign in the Napoleonic Wars. In the Crimean (Russo-Turkish) War 1853-1856. Commanded the Light Division at the Battle of Alma, 20 September 1854, when his horse was killed under him. A bully and an over strict disciplinarian, it was said 'the old wretch is more hated than any man ever was'. From 'The Illustrated London News' (London, 1865). Engraving. 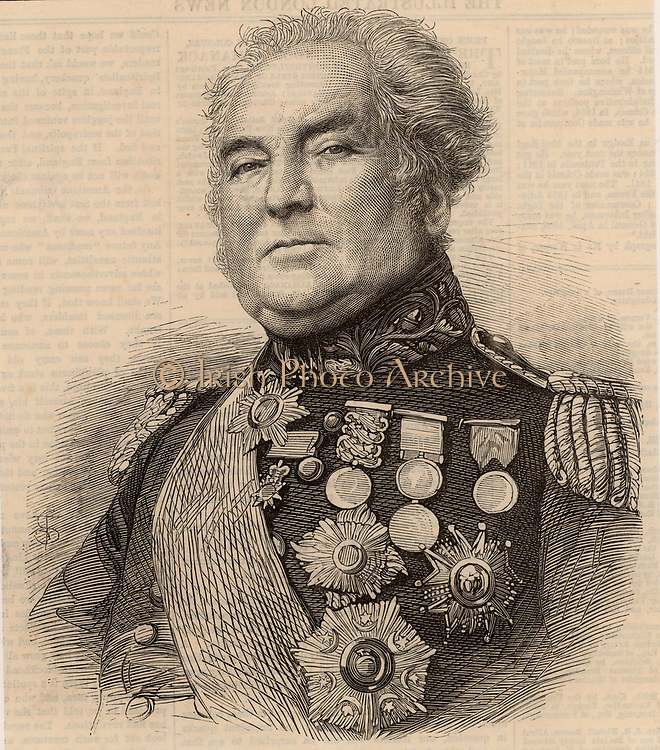