The Berlin Wall 1961-1989. Graffiti on the remaining section of the Wall. The barrier constructed by East Germany that completely cut off (by land), West Berlin from surrounding East Germany and from East Berlin. The barrier included guard towers placed along large concrete walls, which circumscribed a wide area (later known as the 'death strip') that contained anti-vehicle trenches and other defences. Around 5,000 people attempted to get over the wall, with a death toll of over 600. 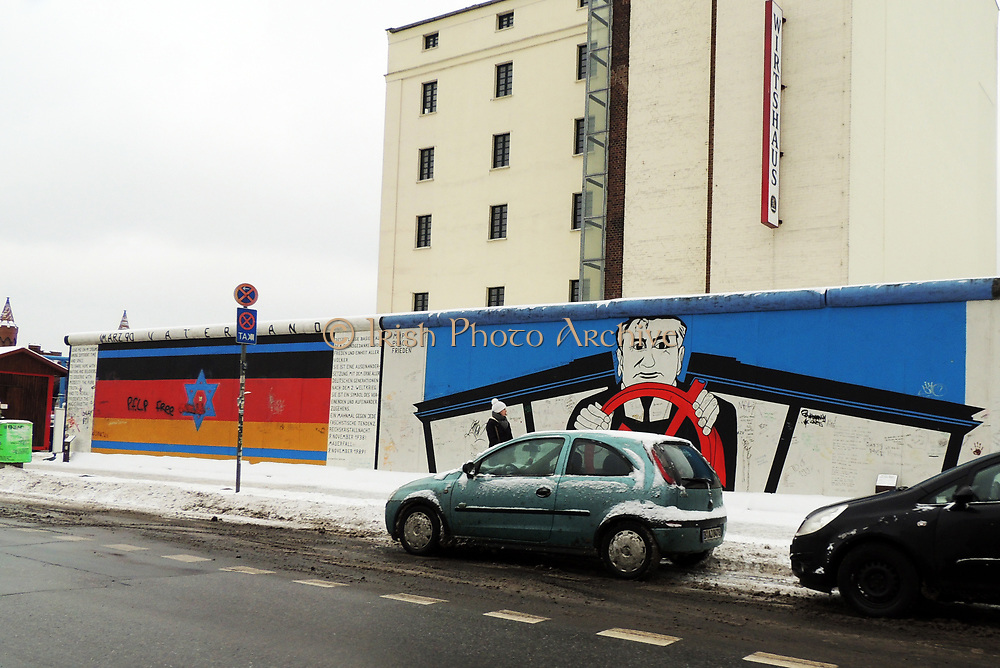