1916 Uniform Is Presented to The National Museum..(L8)..1977..23.04.1977..04.23.1977..23rd April 1977..Today Sean Duffy will parade his Irish Volunteer uniform for the last time as he wears it before he presents it to the National Museum, Kildare Street, Dublin. He wore the uniform on active service in the North Brunswick/North King Street theatre of operations in Easter Week 1916. He also managed to wear the uniform while held in detention in both England and Wales in the aftermath of the rising..Sean Duffy is pictured wearing the uniform he wore during the 1916 rising. 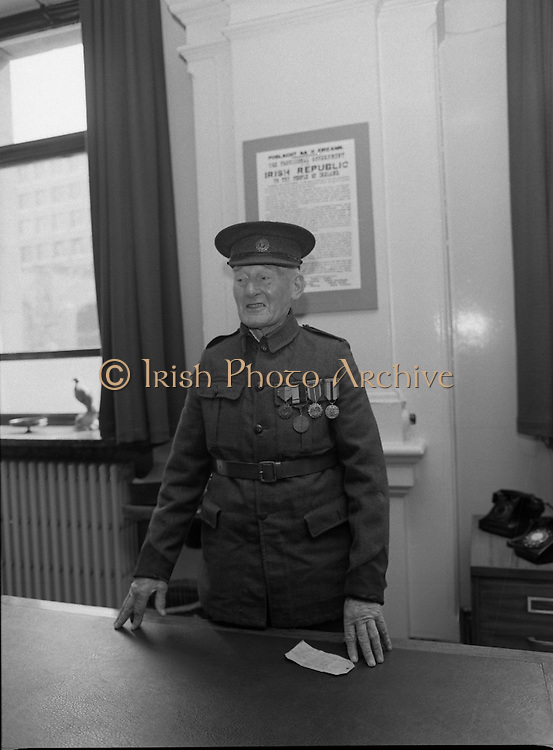