Ideal and Real': William Henry Smith (1825-1891), son of William Henry Smith (1792-1865), as Secretary of State for War as he might be seen by the Germans, and how he really was. English businessman and politician, he joined his father's newsagent business in 1846 and introduced the selling of books and newspapers at railway stations. Elected Conservative Member of Parliament for Westminster in 1868. In 1877 he was appointed First Lord of the Admiralty and is caricatured as Sir Joseph Porter who, in the Gilbert and Sullivan operetta 'HMS Pinafore', sings 'I always voted at my party's call,/And I never thought for myself at all./I thought so little, they rewarded me/By making me the Ruler of the Queen's Navee.' During his three years is this position he was known as Pinafore Smith. Cartoon by Harry Furniss (1854-1925) from 'Punch' (London, 23 October 1886). 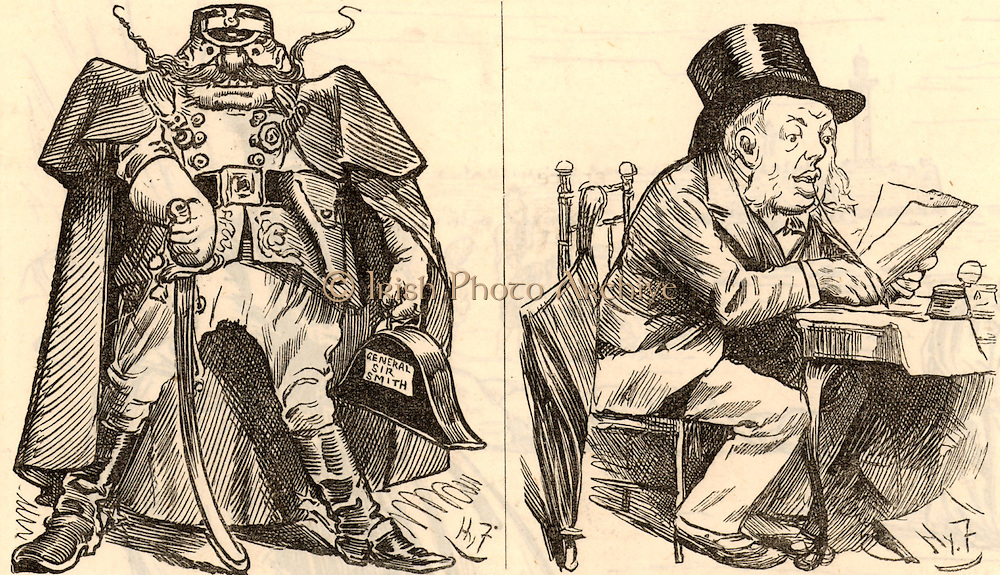