This was presumably the torso of a warrior. He was standing on his right leg, with his left leg lifted and his body slightly bent forward. Both his arms were raised, the left arm most likely holding a shield, the right hand grasping a weapon. The head was turned to the left. This pose suggests that the warrior was defending himself against an opponent attacking from the left. A Roman copy after a Greek statue of the mid 5th century BC. 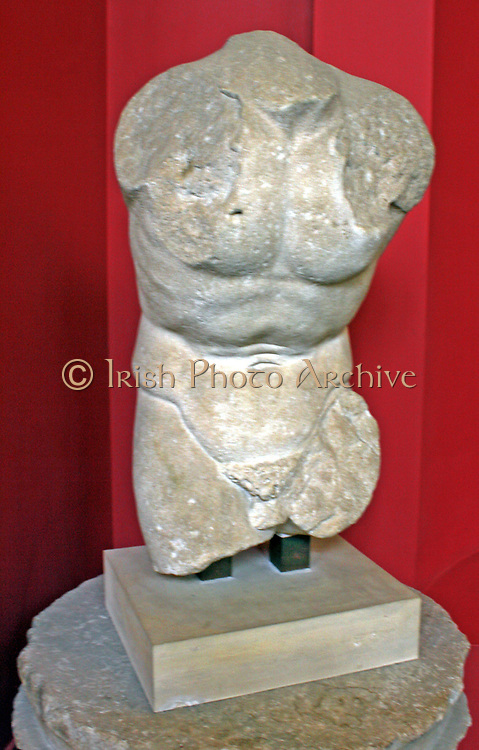