Funeral of President Childers. (H62)..1974..20.11.1974..11.20.1974..20th November 1974..Following a period of lying in state, the remains of President Erskine Childers were removed today from Dublin Castle. The cortege would transfer the president to St Patrick's Cathedral where the funeral service would be held...Image shows the guard of honour carrying the Tricolour draped coffin of President Childers to the waiting gun carriage. The Government ministers are seen standing to the right of the coffin. 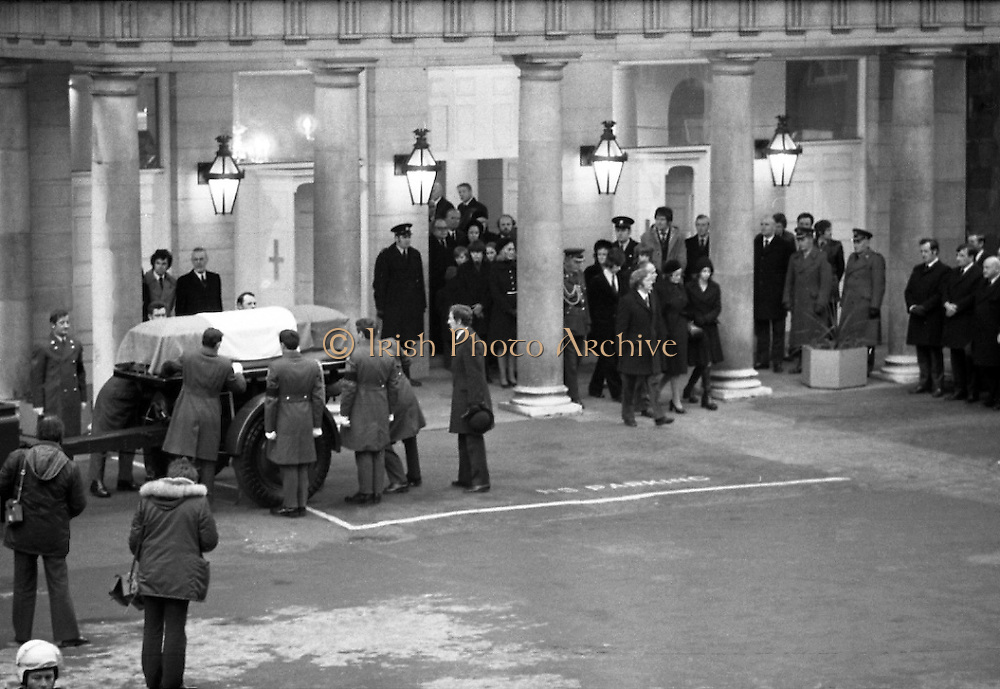